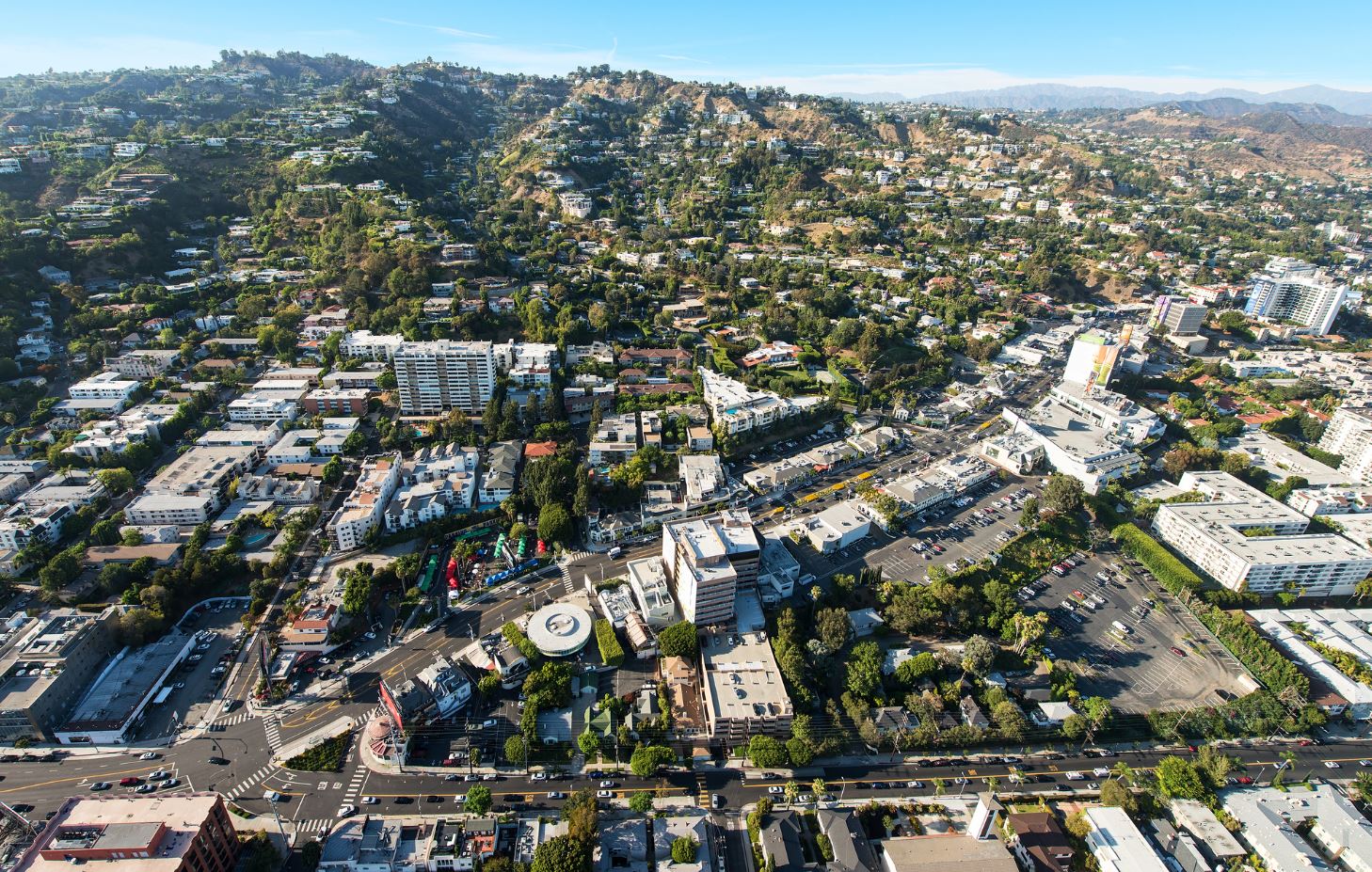 West Hollywood is a Los Angeles tourism hotspot and cultural icon, located just a few miles from the UCLA campus. Known for its LGBTQ community, its fine dining and shopping establishments, and its entertainment, West Hollywood attracts locals and tourists from around Southern California and around the world. From Santa Monica Boulevard, with its lively nightclubs to the world-famous Sunset Strip, home to The Roxy, The Viper Room and other iconic rock estalishments, West Hollywood has become a household name. And don’t forget all the laughter! The Comedy Store and The Laugh Factory, both located in West Hollywood, are where several comedians like Dane Cook, Tim Allen, and Chris D’Elia continue to perform and thrill crowds.

Dine at some of the most hip, and most trendy restaurants in West Hollywood at Sunset Plaza. Le Petit Four, Chin Chin, Obicà Mozzarella Bar,  Sushiya on Sunset, and other amazing places to eat are all here, located conveniently along Sunset Boulevard, heading west toward neighboring Beverly Hills. If you’re not that hungry, Sunset Plaza is also one of the top places to see and be seen in West L.A. with several eateries providing outdoor seating along the boulevard. Don’t be surprised if the person enjoying their cappuccino or hangar steak next to you is a celebrity!

The Chateau Marmont bar is where you’re almost certain to see a celebrity, becuase of polished and unique interior, and its location to several of Hollywood and West Hollywood’s nightclubs. Pass by the paparazzi at the entrance and stumble over to the bar for an old-fashioned or L.A.’s most iconic drink, a Moscow Mule (it was invented in L.A.). Sadly, the Chateau Marmont was also where legendary comedian and actor John Belushi died in March 1982, after a night of heavy partying.

Today’s heavy metal, grunge, and other rock stars owe a debt of gratitude to the Sunset Strip for its contribution to the world of rock music. The Sunset Strip is where legendary rockers Guns N’Roses, The Red Hot Chili Peppers and System of a Down,  started performing early in their career, at iconic rock clubs like The Roxy, Whiskey a Go Go or The Viper Room (once partly owned by Johnny Depp). If you love head-banging rock music, then make the Sunset Strip your destination almost any night of the week for great performances. Learn more about the Sunset Strip.

The Troubadour is where Randy Newman got his start and Elton John made his U.S. debut in 1970. So, you can tell it’s a palace of great music! Much like the other rock venues along Sunset Boulevard, the Troubadour attracts large crowds and has amazing headliners. Located on Santa Monica Boulevard, Troubadour has ample other entertainment options nearby and places to eat, once you’re done with the show. Several bands like Interpol or Franz Ferdinand performed here early in their career, so you might also see the next big breakthrough act!

The nearly two-mile stretch along Santa Monica Boulevard from Fairfax Avenue to Doheny Drive, is the main thoroughfare for shopping, dining and nightlife among West Hollywood’s LGBTQ community. The original Barney’s Beanery, Granville Cafe, Hamburger Mary’s, Laurel Hardware are all prime spots for amazing food, ambiance and drinks. Santa Monica Boulevard is always vibrant and happening, and the first-stop for anyone who visits West Hollywood. In June, the street along with other parts of West Hollywood host the LA Pride Parade, celebrating the LGBTQ community in Los Angeles.

Melrose isn’t just famous because of a mid-90s T.V. show. It has long been a prime shopping and fashion destination in Los Angeles. From fine dining to flashy clothing, Melrose has it all. Looking for an off-the-wall look or looking for the latest in fashion? Head to Melrose for a day of shopping at unique boutiques that line Melrose Avenue for over two miles, in the heart of West Hollywood. Some of the most popular stores along Melrose include Alexander McQueen, Theory, Vivienne Westwood, Marc Jacobs and DASH. Celebrities also love shopping on Melrose, so don’t be surprised if you see one, two or even three, in any given boutique!

Why would we put an old bookstore on this list? Because it’s a really cool old bookstore, and a very popular one loved by many in the L.A. area. With over 60,000 titles, Book SUp is also huge and diverse, and a great place to enjoy coffe while sifting through collections of magazines, papers, and of course books, from art, to film to photography. If you’re in the mood to learn about L.A. history, arts and architecture, Book Soup also has an impressive section on L.A. lore.

West Hollywood is a Los Angeles tourism hotspot and cultural icon, located just a few miles from the UCLA campus. Known for its LGBTQ community, its fine dining and shopping establishments, and its entertainment, West Hollywood attracts tourists from around the world.