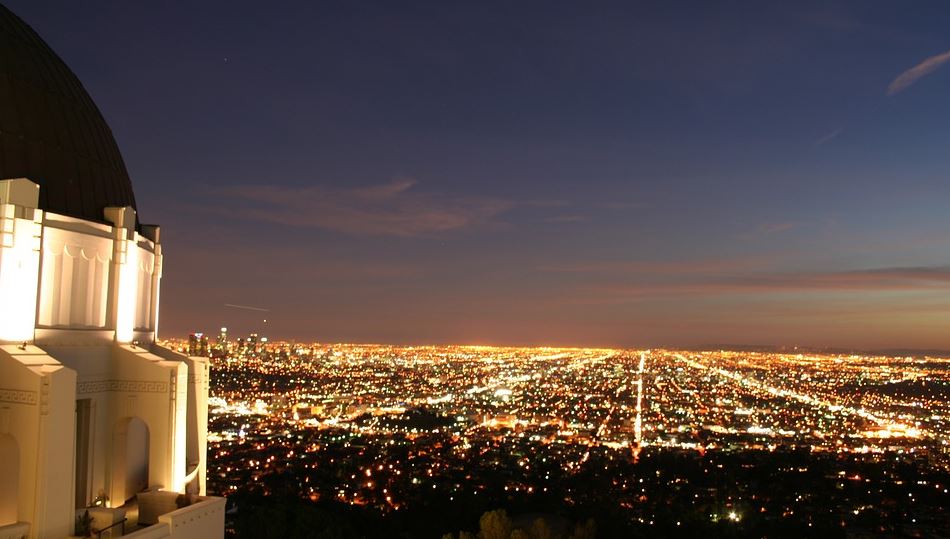 Want to spend some quality time outdoors in Los Angeles and visit some of its most popular attractions? Then head over to the Griffith Park area of the city, just under an hour’s drive northeast of UCLA! There, you can enjoy nearby attractions like the famous Griffith Observatory, the Los Angeles Zoo and Botanical Gardens, and the Autry Museum of the American West. You can even catch a glimpse of the famous Hollywood sign while you’re there. Here are details on the most popular spots to see in the area during your visit to UCLA:

Since 1966, the Los Angeles  Zoo and Botanical Gardens is the premier zoo in the area. At least 1,000 animals and over 7,400 individual plants in the botanical garden live on 133 acres. Several popular exhibits at the zoo draw large crowds, including the Chimpanzees of the Mahale Mountains exhibit, Elephants of Asia exhibit (a $42 million, 3.8 acre complex featuring Asian elephants in their natural habitat), and the LAIR (Living Amphibians, Invertebrates, and Reptiles) exhibit. You can also catch numerous shows at the zoo which put the animals center stage, including the long-running “World of Birds Show.” The Los Angeles Zoo and Botanical Gardens is a good “escape” if you find yourself in Los Angeles on the weekend and looking to spend a delightful time outdoors. Learn more about the Los Angeles Zoo & get directions.

Can you think of a more famous sign in the world? Without a doubt, L.A.’s popular calling card is the world-famous Hollywood sign. This 45-foot tall, 350-foot long sign was constructed in the early 20th century to sell real estate in the area, and originally read “Hollywoodland.” It persevered throughout the decades (and was eventually shortened to “Hollywood”), welcoming crowds from around the globe to the entertainment capital of the world. Although you cannot approach the sign itself (it is fenced off), you can catch amazing views from the nearby canyons, including from the nearby Griffith Observatory. Fun fact: the Hollywood sign has only been illuminated twice: most recently on the eve of the millennium. Get directions to the Hollywood Sign from UCLA.

Never has it been more tempting to take a hike! Los Angeles’ outdoor playground for hiking, jogging and other outdoor activities is Griffith Park. One of the largest urban parks in the United States, Griffith Park was gifted to the city by “Colonel” Griffith J. Griffith in 1896 (a Welsh industrialist with an “interesting” history to say the least!). At the peak of Griffith Park is the Griffith Observatory, where you can take your mind off the trails and see the stars. Reservations to the observatory are strongly recommended. Get directions to Griffith Park from UCLA.

In L.A. we’re accustomed to seeing stars — on the movie screen. But when we want to see the stars in the sky, we head to the Griffith Observatory. One of L.A.’s most popular tourist attractions is not only a place to see one-of-a-kind exhibits, its popular Samuel Oschin Planetarium show, or peak through the powerful Zeiss Telescope, but also to see perhaps the best view of Los Angeles itself. The Griffith Observatory is so popular during summer months that it’s best to park at the base of Griffith Park and take a rideshare like Uber or Lyft to its entrance. It’s a visit well worth it if you find yourself visiting UCLA. Get directions to the Griffith Observatory from UCLA.

AUTRY MUSEUM OF THE AMERICAN WEST

Welcome to the wild wild west… sort of. The Autry Museum of the American West is a celebration of “the West” — its culture, people and influence in the United States and the world. See a number of exhibits celebrating expansion into California, and documenting the westward experience. The museum has been a favorite since it opened in 1988, and is located conveniently next to the Los Angeles Zoo and Botanical Gardens. Get directions to the Autry Museum of the American West.

The Greek Theatre is one of L.A.’s top venues for outdoor performances. In fact, it has been rated by numerous magazines as the best small outdoor venue for music in the United States. With over 5,000 seats, the Greek, as it’s referred to by locals, has hosted — and continues to host — some of the most popular acts in music, from rock to hip-hop to classical. Small in size, but big with it’s state-of-the-art acoustics, see a show at the Greek Theatre for an unforgettable experience. See the schedule of performances at The Greek Theatre and get directions from UCLA.

Want to spend some quality time outdoors in Los Angeles and visit some of its most popular attractions? Then head over to the Griffith Park area of the city, just under an hour’s drive northeast of UCLA! There, you can enjoy nearby attractions like the famous Griffith Observatory.