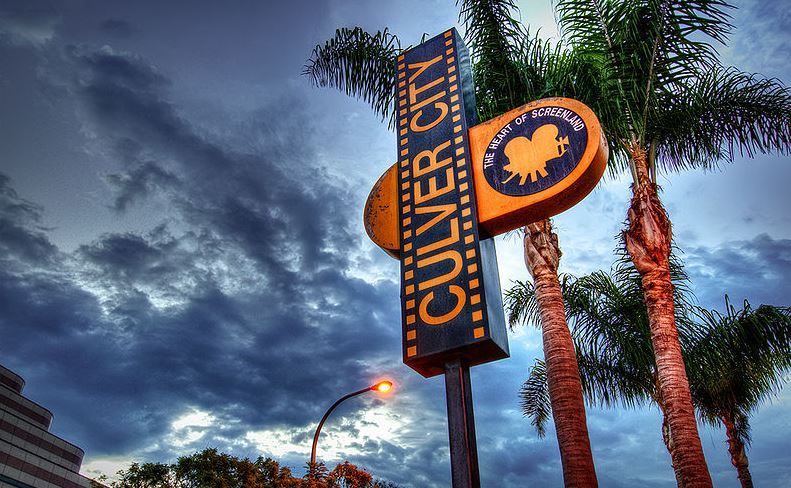 Many people familiar with Culver City know that it’s home to more than just its most famous tenant, Sony Pictures. In fact, Culver City is quickly becoming one of the hippest and trendy neighborhoods in West L.A., because of the rise of tech in nearby “Silicon Beach.” These include fast-growing tech hubs like Playa Vista, Manhattan Beach, El Segundo and Culver City itself. The rise of tech and the young and affluent crowd in Culver City has brought economic growth to the city and plenty of great restaurants, shopping and entertainment. To help you navigate through everything there is to do, we’ve created this handy guide to Culver City.

Enjoy several quaint outdoor cafes, eateries, art galleries and even nightlife in Culver City’s main business and entertainment district, along Washington Boulevard! Other popular streets to have fun and enjoy a great meal and shopping include Main Street and Culver Boulevard. Tree-line streets add to the charm of Downtown Culver City, which has modernized to become one of the trendiest spots in West L.A. Classic restaurants like Johnnie’s Pastrami, Rutts Hawaiian Cafe and Father’s Office, as well as newer, and more upscale spots for dining like Akasha, Lukshon or A-Frame attract locals and out-of-towners, year-round for a great meal.  For a full list of restaurants, places for entertainment and shops, visit the Downtown Culver City website.

When you’re a fan of the performing arts and in Culver City, there’s one place to definitely visit: The historic Kirk Douglas Theatre. Since 1946, this theater has been home to some of the most talented actors in West L.A. who have showcased their acting in front of over 300 people. There’s always a great performing going on by the Center Theatre Group, so for performance dates, directions and more information visit the Center Theatre Group website.

The Mayme A. Clayton Library & Museum is where you can find over two million rare books, films, documents, photographs and works of art related to the history and culture of African Americans in the United States, with a special focus on Southern California and the American West. The museum was founded by Dr. Mayme A. Clayton, at first in her garage in 1975, who set up the library for local adults and children. In the course of 40 years, it has blossomed into one of the largest collections of African-American art, artifacts and literature in the United States, and is now located in the former Los Angeles Superior Courthouse for visitors from all over the world to see. Visit the Mayme A. Clayton Library & Museum website for more information and directions.

The Musem of Jurassic Technology is as bizarre as its name suggests. It has no relevance to the Jurassic Period or an identity as a natural history museum or one dedicated to any technology! Instead, the museum is a showcase of creations by eccentric people and lots of oddities. You can find an exhibit dedicated to Soviet dogs in space, mysterious letters written throughout the decade to the Mount Wilson Observatory in Los Angeles or a collection of pre-scientific cures and remedies. The goal of the museum is to keep you on edge and uncertain about what you will see, and it definitely succeeds. Visit the Museum of Jurassic Technology website for more information and directions.

Since 2002, the Wende Museum of the Cold War has provided a collection of more than 100,000 unique objects from the history of the Soviet Union, including cultural and material objects from daily life. “Wende” is German meaning “transformation” and the museums shows the transition from the Soviet Union from a world power to its collapse in 1991. Consumer products like radios, computers, records and a significant collection of Soviet-era art (including propaganda) complement the 3,500 videos donated by the East German government alone. The most interesting piece is perhaps a segment of the Berlin Wall, although the museum also has several programs year-round exploring movements in the Soviet Union and Eastern Bloc countries that led to their demise, such as “The Wall Project,” “Deconstructing Perestroika” and “Competing Utopias.” Visit the Wende Museum website for more information about the museum and programs and directions.

Walk through the famous gates of Sony Pictures Studios in Culver City for a studio tour and movie experience unlike most others in Southern California. While the Universal Studios Tour is more commercial and presented as more of an amusement park-like experience, the Sony Pictures Studio Tour gives you a quieter and closer look at sets and soundstages from some of the most iconic films in motion picture and television history. See the soundstage where they once filmed “The Wizard of Oz,” or more modern shows like “The Goldbergs” and even “Wheel of Fortune!” Tours run on weekdays and require reservations. For more information and directions, visit the Sony Pictures Studio Tour website.

Culver City is quickly becoming one of the hippest and trendy neighborhoods in West L.A., because of the rise of tech in nearby “Silicon Beach.” These include fast-growing tech hubs like Playa Vista, Manhattan Beach, El Segundo and Culver City itself.